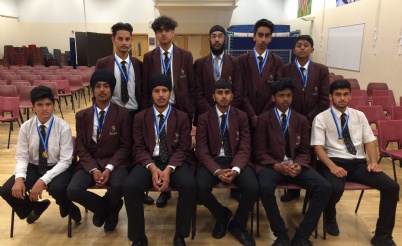 The Y10 cricket team played their Borough final against Haydon School this Wednesday at Eastcote Cricket Club. The boys entered the game confident in their ability and felt in a position to win the final despite two failed attempts in Y8 and Y9.

Samarpit top scored with 31 and Navdeep batted sensibly in the middle order for his 24 runs. In defeat and in victory the team have demonstrated a true sense of how to conduct themselves. They have always maintained their dignity and were always respectful to their opponents. In many of the games they played this year they have had to dig deep and show collective spirit to find a way of winning. The have found a backbone and resilience. It has been a pleasure to have had the chance to watch them learn over the past four years.  - Mr Reid