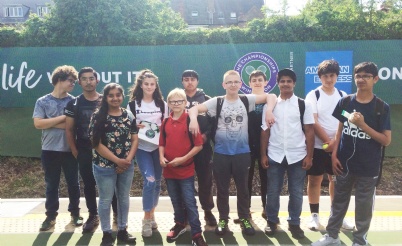 The students had a brilliant day at Wimbledon, watching several matches taking place, sitting on Henman Hill in the sun , watching a match on the big screen as well as seeing tennis stars practising.   They were luckly enough to see Novak Djokovic, Coco Gauff and British player Cameron Norrie who signed some of their tennis balls.