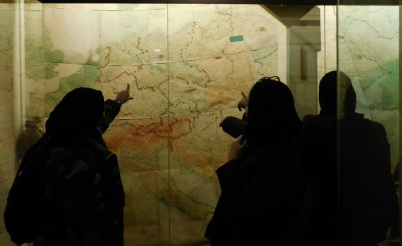 In late February twenty Year 8 and ten Year 12 students went on an Enrichment visit with Mr Liddell and Ms Swain to the “Churchill Underground War Rooms.” In the words of the museum, their mission was to ‘Discover the secrets hidden beneath the streets of Westminster in the underground nerve centre where Winston Churchill and his inner circle directed the Second World War.’

“I enjoyed all of the interesting things I saw. There were many things that I learnt about Churchill and the Second World War that I didn’t know about and I have since told other people. The statues in the rooms looked really realistic. I liked that you had a sort of phone which told you information at every point.”

“In February, I attended a museum featuring aspects of Churchill and the Second World War. It was very interactive. The guide from a radio recalled events which made it easy to follow within the rooms and set the scene, making it highly fascinating.”